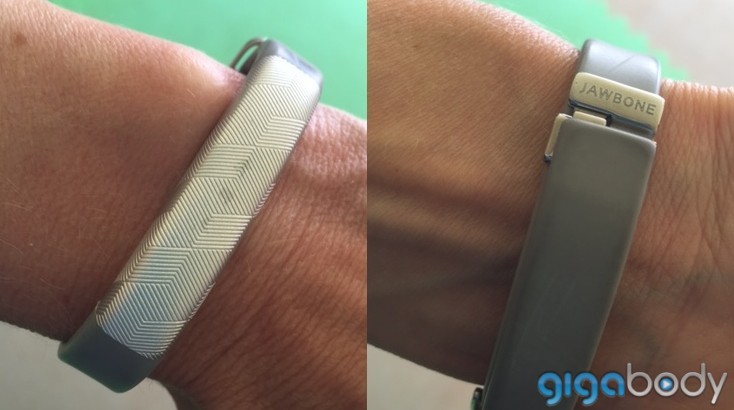 UPDATE: July 13, 2015: I’m so happy to report the upgrade is finally out and has resolved the major issues I described below. Here’s the latest report: Jawbone Up2 – Firmware Update to the Rescue

A rumored firmware upgrade is coming out this week for the Jawbone Up 2 and 3. I desperately hope it fixes the data accuracy problems I’ve encountered with the Up2, or this Jawbone will sadly be returned.

I didn’t ever imagine Jawbone would take a step backwards with its new generation of wrist trackers, the Jawbone Up2 and Up3. After owning the first 2 incarnations of the Up activity tracker (Up and Up24), the mobile app itself just keeps getting better, and I’ve become a devoted fan.

When the new heart-rate tracker wearable models debuted this year, I was disappointed to read lackluster reviews of the Up3, the model featuring heart rate monitoring (that had been delayed coming to market by nearly 6 months). So instead I bought close competitor Fitbit Charge HR, but couldn’t bring myself to love it after so long in the Up ecosystem. The Fitbit app insights weren’t as sophisticated as the Up, it was clunkier in design, and the heart rate tracking had major issues too. So I returned it and bought the Up24’s successor, the Jawbone Up2.

Immediately the problems began. Here’s a tally so far – 3 weeks in.

Up2 reports that I get about 1 hour of deep sleep per night, of my typical 7-8 hours total sleep. The previous Up models reported 3-4 hours of deep sleep a night.

I sleep as well as I ever did before switching Up bands. I feel rested. Up2 even shared a new insight with me that I now get vastly less deep sleep than the normal Up wearer. Duh! Because the data is wrong. I’m not suddenly broken and unaware, the band is. Major bug.

Steps are missed and inconsistent

Yesterday and today I walked my dog exactly 2.6 miles according to Google Maps, a route I have walked and jogged with my dog hundreds of times before. I walked the identical route end-to-end each day. Here’s what the Up2 reported:

Not only are there significant lost steps each day, but the inconsistency between the two calls the overall device’s accuracy into question. And there no longer appears to be a calibration option (though in truth, I never did manage to successfully calibrate my old Ups even when they had this feature – usability issues).

Clasp is ok at best, contentious to many

Many people have reported problems with the clasp.
It does have a learning curve (for me about a week) to get good at putting it on. It infrequently catches in my hair. And it has come unhooked unexpectedly once. Many people report this happening to them regularly, even causing a few of them to lose their band.

I consider the new band a slight improvement over the old design, because it adjusts to fit well. The old one loosened over time, and moved on my arm. It was also more pronounced and sometimes got caught in my sleeves when putting on or taking off tops and jackets. The new design has a snugger, personally sized fit, so in this way it’s an improvement in my mind.

The old model had one button. There were about 3 or 4 different functions it could supposedly perform, but with no real interface and so little usable feedback, the only action I ever managed to complete was to put my band in and out of sleep mode. A one button push.

With the new model, you have to hit the metal part briskly several times which basically wakes it up, then you hit it once and hold to toggle into or out of sleep mode. It’s a little crude and unintuitive. It also does not work 100% of the time – it’s finnicky. But it’s fine. All in all, it’s not much different than the old model. Reasonably simple.

Stick with the Black band

The new model has a metal component and a rubber/silicone type band. I ordered the silver because frankly the black model is a little more aesthetically obtrusive. The silver has a true metallic portion, and a grey band, which is already dirty after seriously only ~2 weeks of actual wear. My very first Up band was a light mint green, and it too got grungy and dirty pretty quickly. The material — while lightweight and breathable — is just too porous, and black is really the only option that holds up well to sweat and life.

The Up2 now vibrates spastically and happily when you hit your daily step goal. Granted, the first time this happens it’s a bit startling, but a great feature nonetheless. The 2015 Fitbit Charge HR does this too, and I really love the feedback. Hopefully this goal-affirming feature will stick around long-term.

I was so optimistic about the current generation of wrist trackers, given the progress I witnessed in the last 2+ years of wearables.
Now I wonder if I have set myself up for disappointment. It seems that new design improvements come at the expense of data accuracy.
My fingers are crossed that firmware updates alone can make up some of the differences, and that the hardware itself isn’t fundamentally at fault.
If the upcoming Jawbone software upgrade doesn’t rectify its data issues, I’m not quite sure what device I’ll turn to next.

If you’re eager for a wearable, for now I still highly recommend last year’s model, the Up24.